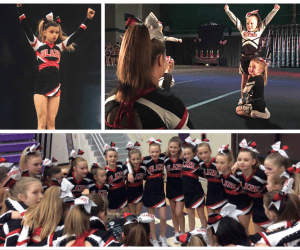 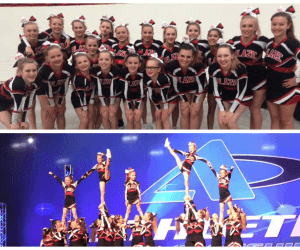 We will be hosting the Blaze Cheer Experience Prep Clinic from July 30th-August 1st for all athletes ages 7+ interested in competing on one of our in-state teams next season. This tryout prep camp will run from 9am-12pm each day. If your athletes participates in camp, their audition fee will be waived. Auditions for next season will be held the evening of Wednesday, August 1st and Thursday, August 2nd. Once teams are divided, 2-day team camps will be held the week of August 20th. We hope that holding auditions later this season will allow for everyone to work on skills throughout summer and avoid so many team changes throughout the early summer.*For any interested athletes with schedule conflicts email [email protected] to schedule an alternate audition time*

In-state teams practice 2x per week and compete in Bozeman, Helena, and Missoula1x per season.Competition season for these teams run September to April.

If you are interested in being a part of our program but not interested in traveling or such a long season, we also offer a non-travel team that comes 1x per week January- April and performs around town as exhibitions. Email [email protected] for more information.

Out of State Teams:

We will be running tryouts in a different form than seasons before. For all athletes wanting to compete on one of our out of state teams next season (Ages 9+ or currently on an out of state team), they will need to be in the stunt clinic with our new choreographer on Tuesday, June 12th. Through these clinics our choreographer will be helping divide the athletes into 3-4 teams based on numbers and skill level we have. From this first clinic, he will then invite the athletes he chooses to attend additional clinics on June 13th & 14th. We will then practice June-July in the groups he has chosen (Mondays 5:30-7:15pm) working on the material with stunt groups/pyramids he assigns before holding our final auditions for next season. He will then come back August 13th-15th to complete teams and choreography.

**Reminder all out of state athletes are also required to take Summer Conditioning on Wednesdays from 5:30-7:15pm**

Out of state teams are required to practice starting in June. Starting in September they will practice 2-3 nights a week along with tumbling. Teams will compete 3-4x a season in state, along with 2-3 times out of state. If team(s) qualifies for Nationals events season will run through May.

*If there is any conflicts with these dates please contact [email protected] if your athlete is planning on trying out next season.